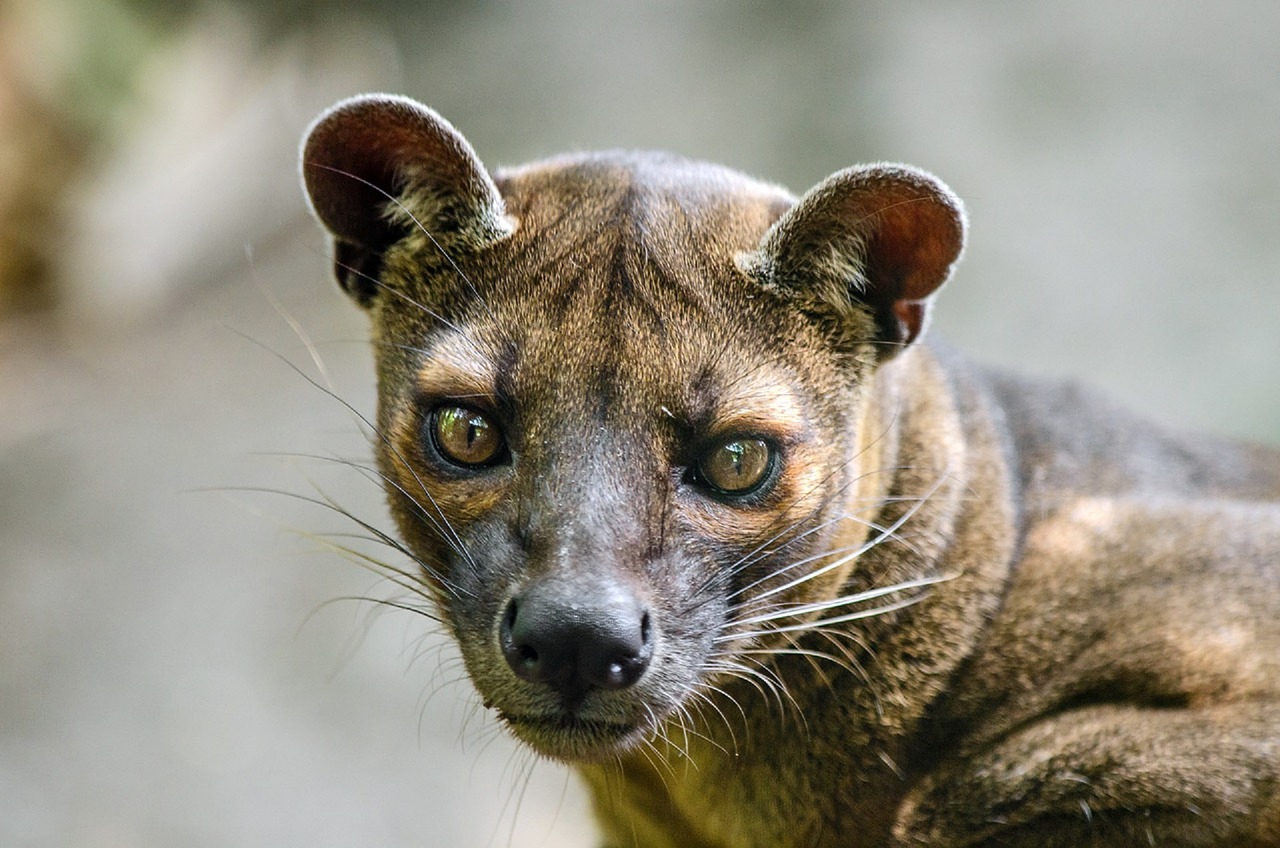 THE LARGEST CARNIVOROUS MAMMAL IN MADAGASCAR

Madagascar is an island rich in animal biodiversity. There are all kinds of animals and the largest carnivorous mammal there is the Fossa.

The fossa is the largest carnivorous mammal in Madagascar. This super feline predator belongs to the Eupleridae family and lives in the forests of the island. This dog-sized cat is the largest of Madagascar’s four carnivores. If a predator with a gray-brown coat attacks lemurs in the first place, they do not hesitate on occasion to vary their habit with a chicken or other larger animals, including cattle, which does not contribute to attracting the sympathy of farmers.

What kind of animal is the Fossa?

The Fosa is the largest carnivore in Madagascar. With its feline airs with a red coat, its size varies from 90 centimeters to 140 centimeters with a tail of 1 meter to 1.20 meters. The tail is as long as the body. This predator can live until the age of 15. To spot the danger around them, their snouts have whiskers sensitive to the slightest movement. Despite the length of their body, the Fosa has short legs with five retractable claws. Unlike felines, they are plantigrade and walk on the soles of their legs.

How does the Fossa live?

The beast hunts day and night. Great solitary, it is rare that they hunt together. And when they want to communicate with their peers, they use various specific sounds, screams or even smells. These predators breed during the months of September and October. Mating takes place at heights on the branches of a tree. In females, who can mate with several males they choose, the gestation period lasts three months. They then look for a burrow to give birth to their children.

A litter can vary from one to six Fosa pups which are born blind and do not open their eyes, little by little, after two weeks and begin to come out of the den at 4.5 months. They mainly hunt mammals, especially lemurs. But they also chase lizards or birds and others they find appetizing.

This animal adapts to any home, it can live in hot and desert places as in humid and high places. Most of the Fosa of Madagascar live in captivity in the forest of Kirindy, a nature reserve located in Morondava, in the southwest of the Big Island. Indeed, the animal is endemic and specialists fear its extinction because of deforestation and bush fires that ravage the country.

In this nature reserve, these animals live within a perimeter of 4 km2 per individual. There are 2,000 to 2,500 individuals. And being on an island of a thousand mystics, they do not escape popular legends. Local people believe that they are responsible for the abduction of their children and trap and kill them. This is also one of the reasons why the Fosa is an endangered animal.